A Nga Tawa School student has gone for gold in taekwondo and gained the top prize.

Paloma Janse duked it out with other young athletes at the New Zealand Taekwondo Championships and won the gold medal for sparring.

Janse defeated her opponents in the pre-junior division for competitors aged 12-14 at Pullman Arena in Counties Manukau.

She said she was proud of her performance.

"I sparred two other girls in my division and they were both a higher grade than me. I'm a blue belt and they were red belts. I was really nervous," Janse says.

"They were a lot taller than me, so I was sort of the underdog. Winning felt really good; everything I had worked for paid off."

The victory means the 13-year-old has won back-to-back gold medals in national competition after coming out on top in Wellington in 2018.

Janse also claimed a silver medal in patterns, a process in which a competitor performs a set of skills without an opponent.

After her performances against higher-ranked opponents, Janse was awarded her blue belt at the latest grading, meaning she now qualifies for the World Cup.

Competing in a World Cup is one of her ultimate goals, starting with Slovenia in 2020.

"The World Cup was in Australia last year, I had friends go over and I watched them on a live stream," she said.

"It was pretty amazing and I'd like to be overseas with them next year."Â

Janse trains twice a week, on Mondays with the Rangitikei Dragons and Thursdays with the Nga Tawa Girls club in the school gym on Calico Line in Marton.

She is trained by instructor Danny Motu and has been competing in the sport for about three years.

Janse became interested in taekwondo when her mum Rebekah Greig and brother Orlando Janse joined a club in Levin.

They did not stick with it, but she was hooked.

"It's a really good sport to be in. Everyone's really friendly and the competitive environment is really cool," Janse said.

"I like the adrenaline rush and the nerves and your hard work really does pay off, that's why I keep doing it."

During sparring, four judges are based in each corner of a square competition area with tablets used for scoring.

The two competitors enter the contest with a head guard, shin guards and their skills.

As well as taekwondo, Janse rides horses and participates in equestrian, which helps to keep her muscles developed for tournaments.

Next year the taekwondo championships are being hosted by Central Districts and Janse will be gunning for a golden hat-trick.

Before that, she has her mind set on receiving a red stripe at the next taekwondo grading in Whanganui on December 12.

She has a lot of work to do between now and Slovenia in 2020, but as she says: "Your hard work really does pay off." 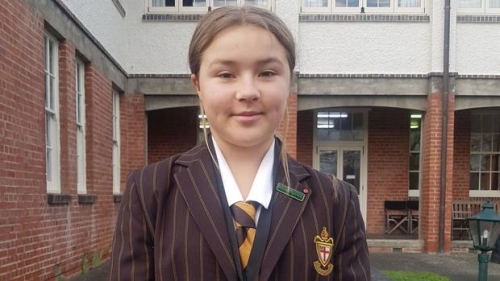