Anna Tait-Jamieson was a pioneer in the development of a modern food culture in New Zealand, both as a manufacturing entrepreneur and later as a nationally significant food writer and journalist with roles across print, radio and television.

She was born Anna Willacy-Kuhn, and grew up initially in the Wirral, across the Mersey from Liverpool, before her family moved to Wellington. She left behind her childhood of wild woods, bluebells and badgers for the flax bushes of Kelburn and the sand dunes of Waikanae. As cultural preparation for the new life, Anna recalled being told to watch a New Zealand film on British TV. It was about the New Zealand land wars. After the long boat passage ended with the familyâs arrival in Auckland, she was mightily relieved to see concrete buildings and people wearing clothes.

After Kelburn School, she went to Samuel Marsden Collegiate in Karori, then Nga Tawa Diocesan School for Girls in Marton, before graduating with a BA (Hons) in English at Victoria. At university she met and fell in love with the man who was to be her life partner, husband, co-parent and business partner, Dan Tait-Jamieson. Though she always insisted that her family was her greatest achievement, her first success came as a business owner.

She and Dan left New Zealand soon after their respective graduations and travelled Europe for two and a half years, mostly working in food and wine-related businesses. In a London delicatessen, where she had her own franchise, she was introduced to the world of fresh pasta.

In New Zealand at the time, there were no commercially available fresh pasta products, only dried pasta. Soon after their return to New Zealand they started a business making fresh pasta. It was hard work â they often worked from 5am till late â and it was tough to begin with. They supplemented their earnings with income from house painting for some years.

They married in 1986 but, because the business had to keep going, they took separate honeymoons: Anna to New Caledonia and Dan later went skiing. Both reported their honeymoons were very successful.

The long hard hours eventually started paying off with rapid business growth that was still averaging a third each year when the business, Pasta Fresca, was sold in 1999. Anna managed the accounts and computing systems, business partner Steve Hanna the marketing, and Dan the product.

Anna and the company were early adopters of technology, with their own national distribution system placing computers in trucks (novel in the early 90s), and the company became the market leader in the face of multinational competition. Anna and Dan had created more than theyâd ever planned and eventually escaped to pursue other things.

The sale of the company allowed Anna to head off to journalism school to fulfil her long-held ambition of becoming a writer and a journalist. She was quickly snapped up on graduation by Radio New Zealand, where she was recognised for her intelligence, her ability to tell stories and her knowledge of the food industry.

For several years she reported from the newsroom on the agricultural sector, made documentaries about food producers, farmers, growers and horticulturists for Country Life and Rural

Report and read the Rural News. This work was perfectly aligned to her love of great food and her belief that good food bonded people. It also gave her a broad knowledge of the food-producing sector. In 2001, she became the food editor ofÂ onHoliday, a magazine that celebrated the way in which New Zealanders spend their leisure time. This work thrilled Anna as she had a special gift for holidaying in fine style. Annaâs work in that magazine still stands today as groundbreaking for the fine food she developed, building on the Kiwi basics, yet taking authentic food to another level.

In her next role, as food editor for the lifestyle magazine NZ Life & Leisure, she travelled the country seeking out the finest food producers, be they fish farmers or mushroom gatherers, truffle growers or orchardists. She loved meeting producers, learning about how they crafted their products, and she got excited about bringing their stories to a wide audience.

During this period she also enjoyed researching Al Brownâs TV show GetÂ Fresh, a role that also took her throughout the land in pursuit of fine food and its producers. She worked very closely with Annabel Langbein, writing recipes and menus for NZ Life & Leisure, and planning photo shoots, and in more recent times, with Ruth Pretty and her recipes in the same magazine role.

Annaâs knowledge and skill were recognised with her appointment to the judging panel for the Outstanding NZ Food Producer Awards, where her judgment was highly regarded.

The significant body of work she created in her professional life as an agrijournalist, food writer, recipe creator and food judge is part of a remarkable evolution of New Zealand food in the past two decades. From the days of soup, roast and pud in a hotel dining room or a ham sandwich and a lamington in the tearooms, to the exciting way New Zealanders eat today, Anna played a role in showing the way.

She lived for her family, for the opportunity to share fine food with them and with her friends. She lived most of her adult life in Kelburn, in a house overlooking Zealandia, where she and Dan threw great dinner parties and served sensational food.

Her other great love was the Marlborough Sounds, where she and her family had holidayed for many decades, initially aboard their classic launch and then in their beautiful boatshed. Anna also loved France, and she and Dan moved there for a year in 2005.

Anna, as usual, became engrossed in the local food scene and became the local champignon expert, separating comestible from toxique and mortelle for the locals. She was intrepid. The ones she wasnât sure of, she would try first and, if she was alive in the morning, they knew they were OK.

An internet search for Anna today will unearth this Stuff headline: ââBurglars chose wrong woman to mess withââ. She found two men skulking in her house one day in 2012. She shouted at them, chased them down the street, flagged down a motorist, called the cops and had them cornered by the time they reached Messines Rd.

Annaâs five-year fight against cancer was not easy, but characterised by her strength and bravery, and by her always putting her family first. She is survived by Dan, and by children Jimmy, Will and Maddie. 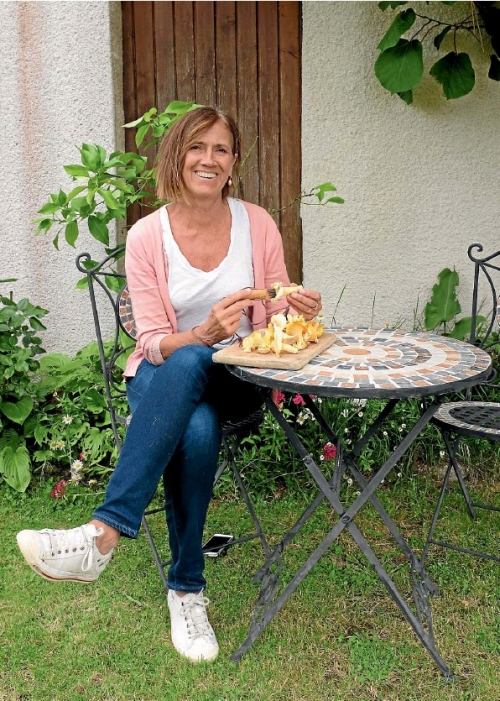